I want to utilize an old hot tub connection located in my backyard to install a NEMA 14-50 plug. The connection labeled on the panel is connected to a 60A breaker. I'll include an image of the existing wiring. Clearly there is a heavy gauge wiring which I think I can connect the 14-50 receptacle. However there is 2 separate set of wires of smaller gauge connected to each other which I have no clue about. My thoughts are that I connect the larger gauge wire to a 60 amp RV subpanel which would include a 50A breaker to the 14-50 receptacle. 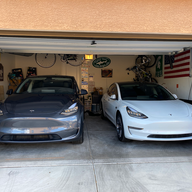 Voice of reason says hire an electrician to take care of it. You’ll recoup the money spent in a matter of months depending on how much you drive.
Reactions: MitchMitch

You can get $500 from NJ it seems, easy to cover the electrician 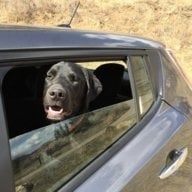 That looks like too much fill for that incoming conduit. You have 4 more cables than you actually need for your intended use.

Hire an electrician. You may save some money if they can use that existing conduit and conductors, but pull out some of those extras to get you within the proper conduit fill range. If none of this makes sense, that’s more evidence for the need of a licensed electrician.

You can do the RV panel or you can change the breaker in the main panel to 50a, or you can install a wall connector and keep the 60a circuit. I'd personally do the wall connector since this is an outdoor install. The smaller circuit looks like a regular 120v hookup. It probably goes to either an outlet nearby or some other piece of equipment.
U

You need to invest in a $20 multimeter tool in order to verify which wires are live and which breakers (if any) that they are connected to. You may think you know it is on the 60A breaker, however that is not sufficient.

Now, back to speculation, it appears that you have two sets of wires coming from your breaker panel. One is large, the other is small. The large wires have been disconnected from their outputs, the small wires have not.

A 60A breaker is too large for a 14-50, so you will either need to replace it with a smaller breaker or install the wall connector. The wall connector is for outdoor use, so that is definitely what you ought to be using.

It is also very possible that the large guage wires were never in-use. 60a is way too much power for a hot-tub, in which case the hot tub uses the small wires, and the large wires were run by someone with foresight of a future need. In that case, you should try to preserve the hot tub wires, as it looks like a professional job.

user212_nr said:
60a is way too much power for a hot-tub, in which case the hot tub uses the small wires,
Click to expand...

A “standard” hot tub sub panel is 50 amps and has two breaker positions (30 amp heater and 20 amp jets/pumps). 60 amps is most definitely not “way too much power”, and there’s no permanently wired hot tub in existence that would use the small wires in that pic.
U

ucmndd said:
A “standard” hot tub sub panel is 50 amps and has two breaker positions (30 amp heater and 20 amp jets/pumps). 60 amps is most definitely not “way too much power”, and there’s no permanently wired hot tub in existence that would use the small wires in that pic.
Click to expand...

Its a lot of power, but if you say so.

In any case, to answer this guy's question, there appears to be both 60A and 15-20A wires. The larger wires are capped and are not now in use. They don't have a corresponding wire on the output pipe, so it is possible (but irrelevant) that they may never have been used.