I couldn't resist. After the update, had to take it out for a test drive.

Most of what people have said about it is just the same. Accelerates like a bat out of hell out of corners. Gets awfully close to curbs on turns and when there's a left island. Stops quite hard......etc.

My notable observations that, maybe have been posted, but I haven't seen them....

1. Stops too short at lights. About a full car length back from the cross walk line. In L.A., many lights are triggered by a car pulling up to the cross walk, thus if you're that far back, the light will never change. Did that on most lights. Had to tap the accelerator to move it forward.

2. On most streets around here, we have bike lines, separated by a solid white line that changes to a dashed line close to the intersection where you can merge in to make right turns. When it was supposed to make a right, it would, 9 out of 10 times, not merge into the right lane when the dashed line began. About half the time, it just didn't make the right turn at all and went straight instead. Other times. it made the right turn from the second lane out. Would think this should be a fairly easy fix with programming. Hit the camera icon to send it to Tesla each time.

3. Noticed that the driving visualization disappears when it gets on the freeway. Unless you have Nav on AP enabled, it effectively turns off FSD and automatically switches to the old style Auto Pilot and will just maintain the lanes & speed as AP has always done. So need to have "NAV On AP" engaged for it to take the exit and automatically return to FSD mode once it exits the freeway. Otherwise, as soon as FSD takes you on the freeway, it changes by itself to Original standard AP and will not follow navigation anymore.

To it's credit, it's very responsive once the light turns green. No hesitation.
At least with no traffic, changed lanes very quickly without hesitation.
It definitely does left turns much better than right turns (better vision, naturally).

I am surprised it's programmed to take off so hard from corners. Certainly reduces the margin for error. And surprised it slows down so late. I'm a one pedal driver that hardly ever uses the brakes. Noticed prior to FSD, just with AP used on the streets that it actually uses the brakes, rather than planning ahead and using Regen to slow down. My wh/mi was well over 400 in FSD mode. Usually in the 275 range when I drive the same route. Certainly not a very efficient driver. Maybe Tesla wants to sell more brake pads!! LOL

It gives you three options of aggression. I tried the max one first, just like i did with "Mad Max" for nav on AP. Quickly went to the middle setting. Probably will try the least aggressive setting next time to see if that calms down the hard braking and hard acceleration out of corners?

Didn't go all that far and it was 1:30 AM, so very little traffic. Sometimes it wouldn't make a right turn on a red light, other times it would. One time it tried to do so right in front of an oncoming bus. Had to hit the brakes, or get hit by the bus!

Other than for the bus, I didn't override it any other time. Took the long way around when it missed the right turns though!

YOU ABSOLUTELY NEED TO PAY VERY, VERY, VERY CLOSE ATTENTION TO IT. While it's like a drunk driver in most aspects, probably will help to prevent accidents as it definitely scares you enough to where there's little chance you'll not want to pay attention very, very closely at all times.

Overall, yes, it's much like Nav on AP was, just does a lot more of it. As other's have said, still a long way to go before its ready for prime time. But, I started with Tesla 9 years ago to be a part of this stuff. Certainly won't use it all the time. Definitely not in heavy traffic. Same as I won't with "smart summon". And I sure as heck won't use it if there's a cop behind me!!!

We're still a very long ways away from robo-taxi's, but it's cool as heck to be a part of it and experience the growth of it. Most certainly, the best party trick yet!

Best part of it......NO MORE SAFETY SCORE!! Checked when I got home from the drive and it said "page failed to load", because there's no data there, as other's have stated!! Can go back to driving like a human again!!!
Last edited: Oct 24, 2021
Reactions: AlanSubie4Life, Daniel in SD and SalisburySam
••• 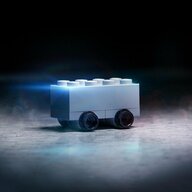 kizamybute' said:
I couldn't resist. After the update, had to take it out for a test drive.
Click to expand...

I received the 10.3 update early this AM (having been hovering just above 99 for the last couple weeks this was my first access to it), and have had a very rough initial experience of it. Among the problems encountered on my first out and back trip: Multiple scenarios (~8-10) where I needed...

Had a lot of warnings where it wanted my hands on the wheel because it was in situations it wasn't totally comfortable in. It was a matter if it asking for help rather than telling me I'm doing something wrong. When it struggles with something it dings at you or beeps loudly to get your attention so you pay attention and be ready to help. I was very attentive and had my hands on wheel at all time. No disconnects, so I guess I did what it wanted me to and we continued on each time.
•••

kizamybute' said:
Had a lot of warnings where it wanted my hands on the wheel because it was in situations it wasn't totally comfortable in. It was a matter if it asking for help rather than telling me I'm doing something wrong. When it struggles with something it dings at you or beeps loudly to get your attention so you pay attention and be ready to help. I was very attentive and had my hands on wheel at all time. No disconnects, so I guess I did what it wanted me to and we continued on each time.
Click to expand...

The issues I was describing (and others chimed in w/ confirming) had nothing to do w/ attentiveness nor were they even legitimate (there was nothing to warn of in the way of potential forward collisions). Glad to hear it's not a universal problem though...
•••

R
Questions on FSD vs NoA vs Autopilot