Touring Europe in a Tesla with my dog

This past summer I toured all 50 United States in my Model S with my dog in the back seat. It was a marvelous experience ( https://www.teslamotors.com/customer-stories/tale-two-teslas ). About half the time we camped and the other half the time stayed in hotels. I am considering doing a similar trip in Europe but need to get a better feel for what is possible. The plan would be to buy a used Tesla in Europe and sell it when the trip is complete.

* Is camping a reasonable activity while touring Europe in a Tesla?
* Are American-type RV Parks readily-available as a place to camp and to recharge overnight?
* How common are hotels that allow dogs?
* What safety precautions are needed on such a trip?

I would plan to drive as far north as the northernmost supercharger in Norway, south into Spain and Portugal (I know, there's no superchargers yet), throughout the Netherlands, France, Belgium, Germany, Switzerland, Italy, and Austria.

It'd be fun to visit the UK, too, but I would need to be careful about issues related to rabies. Hawaii is rabies free, but a flight from Honolulu to London with one change of planes could be very difficult for a dog.

I've been planning to keep a Tesla in Europe just to enjoy a good number of winters there...have had more than a few qualms about it. Our trip last and earlier this month to Italy convinced me that, while some countries can be fine in Model Ss, quite frankly I'm going to wait until the Model 3 comes out. I need a much smaller car for the roads in southern Europe than the Model S!

Aurora would be fine for traveling this way; Borealis, though, has enough troubles driving between Alaska and Arizona - we don't think we can do this with both of them.
•••

AudubonB said:
I've been planning to keep a Tesla in Europe just to enjoy a good number of winters there...have had more than a few qualms about it. Our trip last and earlier this month to Italy convinced me that, while some countries can be fine in Model Ss, quite frankly I'm going to wait until the Model 3 comes out. I need a much smaller car for the roads in southern Europe than the Model S!

Aurora would be fine for traveling this way; Borealis, though, has enough troubles driving between Alaska and Arizona - we don't think we can do this with both of them.
Click to expand...

AudubonB, thanks for the input. While the Model S has been a splendid vehicle for touring the mainland U.S., I can imagine it could be a bit tight to drive on some narrow European streets.
••• 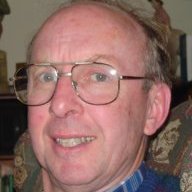 I don't think this would be easy for a number of reasons, the first of which is that you would have to buy and sell the car in the same country because cars are registered (taxed etc) on a country-by-country basis even though most of the countries you mention are in the EU and use the same currency (though Norway and Switzerland are not in the EU).

As far as the dog is concerned, have a look at https://www.gov.uk/take-pet-abroad; I think the same or similar regulations apply in the rest of the EU.

Wouldn't there be a change of planes wherever in Europe you flew to? We flew our dogs to and from the USA some years ago but those were direct flights and did not seem stressful - I think animals go into a doze under such circumstances - but how a dog would cope with being roused during a transfer, I don't know. Probably some advice on the internet.

There are plenty of camp-sites all over Europe but many are probably do not have the facilities you are used to. Whether you can camp in what you would call an RV park (again, probably not what you are used to but research them), I don't know; I suspect that most would not have even moderately fast (high-load) charge facilities. Dogs in hotels - this varies a lot, so do some research.

I think you'd have to plan this very carefully, especially because you are dealing with so many countries, all of which have their own regulations and customs.
•••
S

From my limited understanding of how camping works in EU and the US, we do not have big rigs like you do. I don't think I've ever seen a vehicle longer than 9m (29' 6 3/4".) So, any camper just does not use a lot of power. All heating and hot water is generally propane(/butane), sometimes diesel. Cooking is propane(/butane.)

However, red plugs (3*16A = 11kW) can be found at quite a lot of places, but won't be advertised. To use them, you'll have to phone ahead, manage to explain to someone whose English knowledge is only related to camping and who has never used a red plug what it is and to convince them to let you use it. And it very probably won't be next to where you'll be able to set up your tent.

In the EU, we also have a lot of different connectors to do the same thing… You'll have to buy quite a lot of adapters to be able to charge where you want to.

You'll probably be better off charging at superchargers up to 70%-90% and then going to the campground to finish your charge overnight.

In any case, good luck with your travel and its preparations !

If you haven't stumbled upon this website yet, it could be a great ressource to you : Europe Campgrounds: Things to Know
Last edited: Nov 28, 2015
•••

More from our own research and personal experience:

*A very large number of dog mushers regularly haul not one dog, but their entire team of 16 dogs plus spares to and from Alaska and Europe (Scand. countries, Germany, France, Switz etc., that is. I don't think we've seen much in the way of Greek or Portuguese entrants.....). It's not a big deal.

*I know there are locals who drive Model Ss, Range Rovers, Hummers and so on through the city streets of some of the places we've visited. I absolutely don't wish to make it sound as though I think that they shouldn't do it, or that you shouldn't do it....I'm just saying that I wouldn't want to have to do it!

*We found in our Italian trip a heartening number of small hotels, B&Bs and that Italian phenomenon called agriturismi that permit dogs, and we weren't even looking. The internet is your friend; for all its shortcomings, we find TripAdvisor to be extremely useful for this kind of prep work.

*Aurora and Borealis are absolutely accustomed to overnighting in cars. With the caveat of your having to determine whether that's desirable from, for example, a dog-thieving point of view, there are times and locations where that possibility could be of assistance.
•••