Received my 2019.32.11 update last night on my Model 3. Took the car this morning and pulled my card reader and microSD card after driving to see what the recorded rear camera view was like. I thought I had heard the rear camera was not the same quality as the other cameras around the perimeter; not sure if that's true, but I will say that my video footage from it is all quite soft edges and definitely not as sharp as my other 3 cameras. The colors in general seemed decent and representative of what I was driving by. Unfortunately I didn't have but only two instances of cars driving and stopped right behind me. Neither car appeared to be that close to my car when stopped.

On one car I could read the license number although the State name was not legible. The Toyota emblem on the front above the plate was blurry but recognizable. The second vehicle I'm not even sure what it was and his plate was kind of iffy, could read the last 3 digits but not 100% sure on the previous ones. He was further back than the other car from what I could tell.

Hoping Tesla will be able to make improvements to the video quality at their end. If you were to be rear ended, which I think has been the concern of owners and wanting access to this camera, I think as the car got closer reading the plate wouldn't be a problem right now.

There seemed to be moisture on the car this morning and it looked like there was a water drop hanging off from the top edge of the camera view so when I go out later at lunch will wipe it off. I had cleaned that lens just the other day.

As far as file sizes, the rear camera's file is comparable to the other 3 cameras, in the 30MB range. I didn't think to save video or have any Sentry saved files to see a newly created file folder for the Sentry ones (per Release Notes). Here's a section of file listings from my memory card showing the 4 cameras: 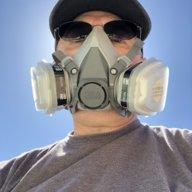 Hopefully good enough for evidence in a rear ender!
•••
S

Happy to report that after doing more driving this afternoon with cars stopped closer to the rear of my car (in traffic and at a Starbucks drive-thru), while the surrounding details (and even the script California on the plate) were not sharp, I didn't have any trouble making out plate numbers for those cars that came closer to my vehicle. Could clearly read all the plates on about a half dozen cars during this latest drive.

I'll also add that of all the video files I viewed on my flashcard none of them had corruption on them so that was encouraging as well.
Last edited: Sep 30, 2019
Reactions: puckpurnell and SmartElectric
•••