So now we have an S60 that is actually an S75 software limited to perform like a 60 until you pay a bunch of money to unlock the extra capacity. I haven't found a post discussing the financial effect of this yet.

What do people think?

1) If the pack cost is $190 per kWh is Tesla just willing to plunk another $2850 of COGS into the vehicle and hope to make it up in time? That's something on the order of a 3-5% gross margin hit depending on what selling price you assume.

2) Or is the cost of the pack now somehow significantly less than we've typically been thinking? At $100 per kWh it's only a $1500 hit to the cost of building a Model S. Not so bad considering the upside from higher demand - folks LOVE knowing they can upgrade later.

$2850-$3000 is a reasonable estimate of Tesla's costs. A significant percentage of 60 kWh cars will be upgraded to 75 kWh, providing $9000 income. Tesla has a idea what the take rate will be, based on their experience selling the upgradable 40 kWh car and the pervious non-upgradeable 60 kWh car.

Also, this scheme makes the 60 kWh car much more capable than the previous 60 kWh car. It has better acceleration, slower battery wear-out with mileage, faster charging to 100%, and ability to charge 100% all of the time just in case it might be needed. If I owned an non-software limited pack, I would only charge to 100% when I knew in advance that I might need it.

Tesla can also take the new 60 kWh cars as trade-ins, and sell them as 75 kWh CPO cars. This should help them sell faster, lowering Tesla's floor plan costs.

There must be both fixed and variable costs to produce a battery pack. So the additional 15 Kwh should cost less than $190 per Kwh (the pack is probably the same for the Model 60 and 75)
Reactions: GSP and dandurston

FrozenCanuck said:
2) Or is the cost of the pack now somehow significantly less than we've typically been thinking? At $100 per kWh it's only a $1500 hit to the cost of building a Model S. Not so bad considering the upside from higher demand - folks LOVE knowing they can upgrade later.
Click to expand...

Tesla said that their costs are under $190 per kWh.

Cost difference between 60kWh and 75kWh is individual cells which is lower than $190/kWh (LG Chem has it at $145). Rest of the pack cost, including materials and assembly are the same. Additional savings should come from streamlined assembly, parts and storage.

Initially we may see shift from 70/75kWh to 60kWh but I expect that most of those who were thinking of getting 70/75 model will upgrade at some point in the future. I also predict that original 70/75 model buyers may put savings into features such as wheels, suspension or D version which would increase margins.

Of course Tesla will also get new customers who otherwise would be stuck waiting or compromise and get another EV. Given that Tesla has recently announced new production milestone of 2000/week- increased 60S demand will not delay production of higher end models.
Last edited: Jun 14, 2016 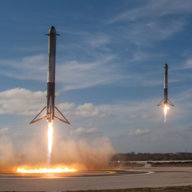 As the size of the pack will be the same, and packing the cells is highly automated, the additional costs will be virtually equal to the extra cell costs. So the extra costs should be based on the cell costs per kWh, not pack costs.


And of course, from a business point to view, all that counts is if the additional costs are lower than the extra gross margin this will bring in by appealing to a new group of potential customers increasing Model-S sales even further.

I would like to refer to Mr. Baron's recent remark that Tesla has already taken most of the CAPEX to support much higher production rates. So production costs per car will be lower (and thus GM higher !) if Tesla can scale up production and deliveries on the existing production lines.


An upgrade able range, compared to fixed 60 kWh, will help to unlock a bigger new group of prospects that might still be on the fence :

- Many people still fear 60 kWh might not be enough. Specially after a some capacity degradation in 4-5 years. If needed they have an upgrade path so they can keep the car longer.
- Customers who do not have the full budget available at purchase time.
- In many counties tax is based on a % of purchase price of the car when registering. So upgrade later would save tax every year. Actually Tesla could consider to offer that any upgrade and s/w options ordered within 6 month of the initial purchase are at same price as initial purchase !

Next to that a 60 kWh with 70+ inside offers better spec's like faster 0-100 km/h time and faster SuperCharging.

So, see it as "derisking" for a group of buyers that are on the fence and preferably not want to wait for the Model-3 and risk missing out on the USA incentives that are limited to the first 200k cars. Tesla will get their business about 2 years earlier.

FrozenCanuck said:
1) If the pack cost is $190 per kWh is Tesla just willing to plunk another $2850 of COGS into the vehicle and hope to make it up in time? That's something on the order of a 3-5% gross margin hit depending on what selling price you assume.
Click to expand...

Margin is sales price minus cost of goods. The cost of goods between the new 60 and the 75 are obviously the same so it is not important in determining the hit to gross margin. Revenue is. Tesla is dropping the price by 9000 and that is their hit on gross margins for those cars : approximately around 15%. Stop thinking about the cost of goods.
Reactions: StapleGun and Wenche

Why not this change?
Reactions: SW2Fiddler
Y

It should also be noted that increased simplicity in production also makes this extra cell capacity cost less for Tesla. So likely this $190 (or less) per Kwh becomes even less again when this saving is factored in.

When also viewed in light of the fact it improves the capabilities (range, acceleration, cost) of a core product, simplifies production, may ease the pressure of the M3 ramp by poaching a few reservation holders, offers additional capabilities as an after sales purchase (great for the consumer thanks to no stamp duty payable on after sales purchase, can defer certain expenses till after vehicle acquisition, etc) - it comes up as winning idea financially and one that has clearly worked well for both Tesla and consumers in the past. 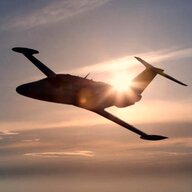 Lots of good points. Let's not also forget that Elon's mission is not maximum profits, but more EVs on the road. Furthermore, a lot of Tesla education comes from customers, so the more people Tesla can put behind the wheel of a Model S, the more ICE owners learn about Tesla and the merits of EVs. 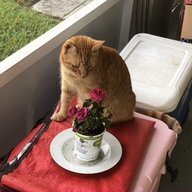 Tesla needs to increase production. They also need a path to convert some 3 reservstions to orders now. Also, there are many more people who can afford a $66,000 car than a $75,000 car. I'm one of them. In the process of changing from a3 to a 60 now. They aren't leaving $9,000 on the table, if the 75d doesn't get sold. Thet are leaving $66,000 on the table from a lost sale.
Reactions: NicoV and BornToFly

Also don't forget the extra fixed costs to maintain a line to build actual 60kWh batteries. Also it's likely the people buying the 60 would simply be lost altogether as Tesla customers otherwise... If they could afford the 70, they'd likely buy it.
Reactions: BornToFly
Y

Battery pack/module replacement (out of main)

Discussion: UBS claims Tesla will lose money on the $35,000 Model 3