Overall:
MCU got a eMMC swap. The first two attempts was unsuccesful (Black screen on MCU). Bad image or something like that. The third attempt was succesful. MCU started and everything in the MCU now works as it should. However now my IC doesnt turn on and is black.

During the process this happened:
- After the MCU was out the first time. The IC actually still worked. (Pulled the fuse for the MCU before taking it out)
- During the process the car ran low on 12v on the battery (went down to 5-6V). I hooked the car up with a charger. The car charged for about 12 hours, but battery seemed to be in a bad condition. But stayed shortly between 12-13,5V.
- After I put in the MCU the 2nd time (with bad image, black screen) i realized that the IC didnt turn on.
- 12v went low again, even with the charger on, so i connected a "Booster" with 13,6V (Which is normally the voltage range I have on my Teslas)
- The 3rd time, MCU turned on, but still black screen on IC. (I really hoped it was related to the MCU black screen/bad image)

What have i checked?
- I did reboot several times, hard reboot (brake + 2 top buttons on steering + 2 scroll-buttons for 30-40 seconds)
- Fuse is good (F49 - 5 amp, also changed it just to be sure)
- Had the IC out and disassembled it. Circuit-boards looks good, no signs of damage.
- When I connect the IC in the car, i can see a red LED light that turns on - So the IC is getting power.
- I double checked connections behind MCU and they should be connected the right way.

Questions?
- In the wire-diagram I can see that there is supposed to be some kind of wake-up wire going from IC to MCU. Can anyone tell me a little bit more about this one? Location/color etc. - Connection on MCU and connection on IC. And is it for the MCU to turn on the IC or IC to turn om MCU?
- Could it be CAN related or is this just a long shot?
- Could it be the 4 GB Hynix chip in the IC, like when some MCUs gets the black screen?
- Could it be software related to the MCU (corrupted files or someting?)
- Could this just be my IC giving up? If so, would it most likely be some of the electronic on the motherboard or the actual Tegra card with the Hynix 4GB eMMC?

Next up:
- Disconnect 12v and FRL (First responder loop). And connect it again. See if that makes any difference.

Please help if you can. I really want to find out whats wrong.
H

Just disconnected 12v and FRL, waited 30 min and put it together again. No luck!
M

did you get a fix for this?

my mcu started bugging, resetting and cutting music out of the blue.

then the ic started freezing, also after parking.

i took this as signs that the mcu was slowly failing.

the next day, the ic was dark, and turned back on again after a few minutes.

Next day, ic was dark, and had remained dark ever since.
However the mcu is still working.

today i removed the emmc box, and sent it to a third party for upgrade before getting black screened.


so, my question is; did your ic come back to life?

anyone else belive my ic problems are related to mcu-trouble? Or do i need an ic replacment as well? 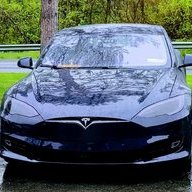 I just installed my upgraded emmc, and mcu is working flawless.

however my ic is still dark

guess i got to visit SC tomorrow

Marcodinho said:
I just installed my upgraded emmc, and mcu is working flawless.

however my ic is still dark

guess i got to visit SC tomorrow
Click to expand...

Yikes...please update. Hoping the best for you.