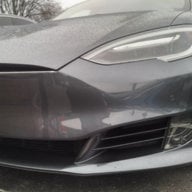 Cliff notes, this is gonna be a long read:
Folks,

So far I've driven around in my 90D for 3 months and like everyone else I am thoroughly enjoying myself, so much so that my problem is I'm putting in a little bit too many miles on the car. First world problems I guess...

I was figuring the real proving grounds for me would be in the dead of winter and boy oh boy have we been served a good one so far, ever since winter really took hold in the Montreal area, Dec 11th.

For the holidays I had 2 road trips scheduled to Quebec City to visit both families. Looking forward to it of course! At the same time I had still a few question marks about how the Model S would handle those worst-case conditions I was seeing on the 10-day forecast. It wasn't lying and so we got every bit of cold as forecast. Since Dec. 24 we've been averaging -20C daily and as low as -30C at night.

That being said, I did quite a bit of research before buying the car and ever since about how to handle cold weather. Maybe that's just me but there's a difference between knowing what to expect from research and experiencing it, and so I was going in with a measure of apprehension.

My last question was: could the car survive such frigid cold with nothing but a 120V plug and sitting outside? Quick call to the SC and their opinion was that it was a sufficient power source to at least partially support the battery heater. But I would probably be experiencing a pretty significant battery drain regardless as the battery heater could pull more than 1.4kW the plug would supply. I could live with that, thanks to the Lévis Supercharger not too far away if need arose.

So I headed out to Quebec City and not 20km in I soon found out I had to figure out defrosting in a different way than I was used to doing with my previous cars (Honda family and Smart Fortwos). The car was so badly fogged up at times I even had a limited vision of the left lane, nevermind the side windows. They finally defogged completely at the Lévis Supercharger later.

On my way back from my 2nd trip I tried a different approach to defrosting and found the culprit to the fogging: 2 things: Preheating and recirculating the air (basic setting from Tesla for defrosting).

Preheating the car is a really nice feature in winter, but if you're going to travel with 4 passengers at -20C it will create too much humidity inside and the thermal shock to the windows once you start driving and they freeze up again, you will get fog and then frost as a result. Solution: Use very little pre-heat, only enough to get the inside air warm, then when driving use seat and steering heaters on until warm again, ventilation set to fresh air, warm air (22C+) high fan speed (9+) with windshield and face setting, but no feet initially. After a few minutes you'll be good to send heat to the feet once the windows have settled, but heating the feet in white winter usually means thawing snow on the boots and adding humidity which the windows will gladly condense so you want to be progressive about it. Using that setting I have had absolutely zero fog on any window for the whole trip back home yesterday, at -20C.

I was pretty nervous the first real cold night and so I let the car sit there, plugged in to a 12A 115V source, but not charging (brother in law would have held it against me) and (almost) expected the car not to answer the next morning when I checked my app. Well lo and behold, the car was still alive next morning, and the vampire drain was completely normal. I did see for the first time on the 2nd morning the snow crystal with part of the battery blue, so I turned the interior heat on to heat up the battery a little. And forgot the heat on for 2 hours so that allowed me to find out I was draining around 40km/h of charge that way. So then I started trickle charging but the end result was that I had to stop by the Lévis SC to top it off on the way back as I wasn't sure I'd be making it back to even Drummondville SC driving at -22C and into 34km/h headwinds (Teslawinds App is a pretty handy info complement to navigation).

2nd trip to Qc City I started growing balls. I plugged in with a whopping 12A 125V giving me 6-7km/h charge. But for the usage I was going to make for the 3 days I'd be there, that was going to be more than enough' even despite the cold.

This time around I decided to not start the heater at any moment and just see what trickle charging would do. Turns out the battery was almost as balmy as with a charge from the wall connector at home AND still charging at a healthy 4km/h rate. It was -26C outside. So I took the car out to drive around a little and I had around 20-25kW regen available which if I'm right suggests a battery temperature of around 0C. Weird, as I would've thought the battery would have drained itself trying to maintain enough warmth to charge.

I have this other App I've added: Dashboard for Tesla. So this app is a nice complement as it pulls more data from Tesla through a bunch of API's made available by Tesla, and one of them is current in kW going to or from the battery once plugged in. And here's the really neat trick I found: The current indicator was showing -1kW in green (meaning it was charging at a rate of 1kW) but then for a few moments switched to red at +3.5kW, then a few moments later switched back to green -1kW. My conclusion to this: Even with a 110/120V outlet, charging will be decent and will not require a constant use of battery heater. The BMS appears to alternate between charging and a few sporadic pulses of heating to maintain battery warmth and this seems to do the trick very efficiently since even in -27C weather, upon leaving I immediately had a usable battery temperature for regeneration.

Well so far I was somewhat wimpy (had stopped to top off at Lévis SC 1st time around) and didn't want to risk the trip back from Quebec City on a single charge at around 75% SoC. That was good for around 345km rated. But the trip back was 200km at -20C and a headwind of 25km/h. I would be driving at 100km/h and not messing around with heat to keep wife and kids cozy.

But since charging rate would have been really slow at Lévis (high SoC, colder battery) I elected to make it to Drummondville and do what it takes to make it. Then I got bold and decided I could make it home, so I switched to range mode and when I found out on the GPS calculator it didn't make a difference, I turned it back off and thought I could man the thing like a big boy. Set the heat to 20C, fresh air, feet and windshield, fan at 8, 95km/h for 75km then I was satisfied with my remaining projected range so went back up to 100km/h for the remaining trip (hats off to Doug G and his road-tripping guide for that strategy) and made it home with 9km left on the battery.

So 200km driven and 335km of range used, good for 167% above rated. That feels about right considering weight temperature, headwind and not wanting to sacrifice on heat for the sake of the family. Considering heat may use up to 6kW, I would guesstimate an extra 30km/h of losses due to heating, so that would mean 50-60km I could have saved without heat, so (weight savings included) it would have been a 35-40% above rated miles trip in such weather. I don't consider this catastrophic, in fact I would have done similarly with my good old TSX. (Journal de Montreal and TVA please take notice)

In my life so far I've driven over 2million km professionally and around 750k of those in winter weather. Is the Tesla Model S an apt car for winter conditions? That is the question that brought me to the Tesla store 3 years ago when I saw Model S's driving around in similar weather.

My short answer to this is yes. Not only is it an EV fit for winter; all things considered, it is the best damn winter car I've owned by at least a gunshot distance.

Agree, excessive recirculation fogs windows. Sometimes one must use fresh air. Have you tried "Chill" mode to stretch range? Seems to help our car.

My nephew took his family from Boston area to Quebec City for winter break. One morning their ICE van's engine wouldn't even turn over until they had run a hair dryer under the closed hood for a few hours.

Recent overnight temperatures in my area have been 8 - 9 Fahrenheit / -12 to -13 Celsius. My wife's S100D is in driveway. I tell it to start charging about 04:30. This morning charge completed about 07:05. Then used pre-heat to keep battery warm while charging cable was still connected.
•••
Y

If you have CHAdeMO adaptor, there are lots 50kwh Lv3 on the way from FLO

It can definitely reduce your range anxiety and increase your confidence

Range mode is good for small short trips when battery is cold, for longer trips it doesn’t help much except limit the cabin heater
•••

G
RWD charging on a road trip and SOC accuracy