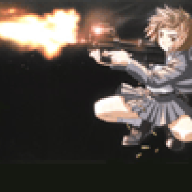 So, one of the struts that holds up the manual liftgate on my S failed over the weekend while I was out running errands... judging by the grime around the end of the strut, it looks like a seal failed or something. Thankfully my wife was with me, so we traded off acting as human tailgate props. I'm actually surprised by how heavy the liftgate is with one strut out--you really have to be careful with it since it drops like there's no support at all.

My car is only 11 months old and doesn't see a whole lot of liftgate action... Has anyone else had issues with premature failure of these struts and/or has anyone tracked down a common source for them? I already had an appointment scheduled for the end of November to get some stuff fixed and called the service center this morning to add the tailgate struts to the list, but I'll be traveling around Thanksgiving and doing so with no liftgate support is really gonna blow.

For reference, it's about a 3 hour round-trip to drop by a service center.
•••

S
Service declined to fix FWD pinched seal so I did it myself.