Anyone know the part number for the new sun visors? I have a 2014 P85D and it just has the normal flip down non-sliding visor. But i got a 75D loaner a couple weeks ago and the visor was one of those fancy slider ones so it covers the whole window when its flipped down to the side.

Its the same part number for both pre and post 2016 model S which doesn't make sense because its obviously a different part since it slides on the newer car.
ASY, SUN VISOR LH, ULS BLK, US 1050619-06-A

the Feb 2021 model shows a different part number but since the 75D was discontinued in like Jan 2019 it doesn't make any sense. It looks slightly different on the mount point but i think it is close enough that it would work. But i dono if this is the right part.
Sunvisor Assembly LH NA 1587796-04-B
•••

I got my service center to order me PN:1587796-04-B and it takes a little grinding down of the plastic on the mount assembly and you need a small washer to install the screw that mounts it into place. But it took about 5 min to get it to fit just right and it looks good as stock, and now I have a sliding visor so it actual blocks the sun when its flipped to the side window.

It did cost $165 so I only did the drivers side but id have to say its very likely to be the same process for the passenger side.
Reactions: CaliMS
••• 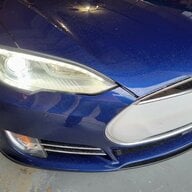 Do you have any pictures? I have a slightly broken mirror cover on my sun visor and been wondering if there was a better improved option.
••• 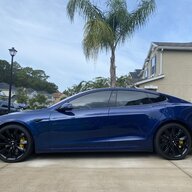 I upgraded both of mine. Used this thread... 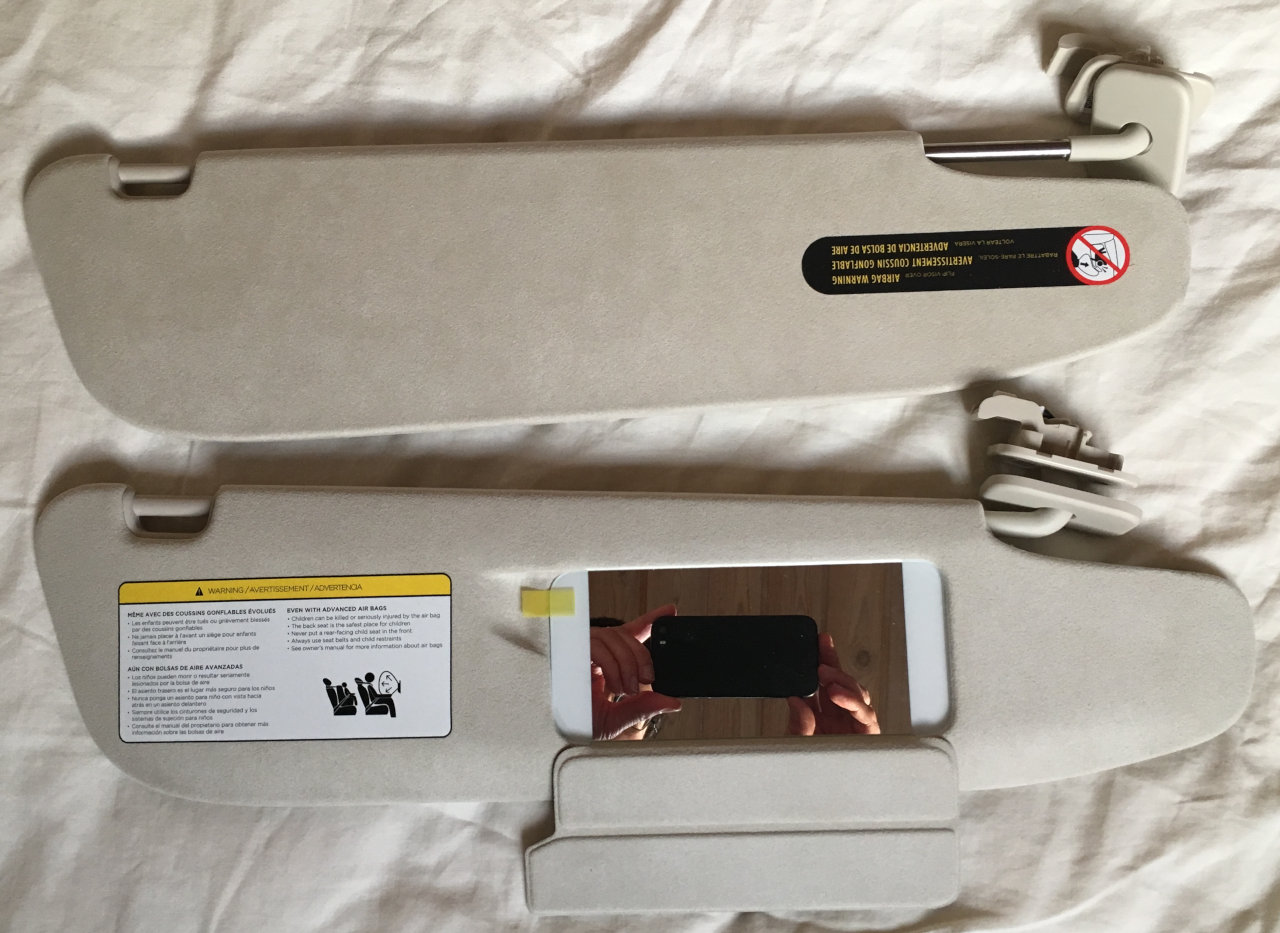 I wanted to upgrade my sun visors with the latest version that has the lighted vanity mirrors and the magnetic mirror cover. So, I asked my local Service Center for a price and part number, but they were not able to find a part number for the latest model. :-( Does someone have access to these...