https://soundcloud.com/haoyuan-wu%2Fsaturday-at-3-20-pm
Been experiencing a rattle for about a month. Initially though it was the front camera housing but sitting in the passenger seat, it sounds like its coming somewhere around the glovebox/ passenger dash area.

Brought the car to the service center and had a test drive with a tech and they said it wasn't consistent enough so they weren't willing to fix it + rattles and noises weren't covered under warranty. Also made sure the glovebox was completely empty. The rattle is still present. Also tried a frequency generator from my phone played over bluetooth to the car, did not rattle.

Rattle happens at low speeds, was going about 16-20 mph during the recording. The surface of the road only impacts the noise, it can be a freshly paved asphalt road perfectly smooth (to the naked eye) and the rattle is still present albeit much quieter. Completely inaudible when the car is being driven on the freeway.

Asking for recommendations of where exactly this might be and possible fixes or troubleshooting steps.
••• 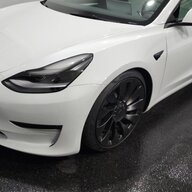 Have you driven with the glove box open? The a-pillar covers and dash board speaker vent rattle on my new car. My garage door opener also rattles as I find out the other day.

Start folding paper and sticking it in between panels until it goes away.
Reactions: rpiotro
••• 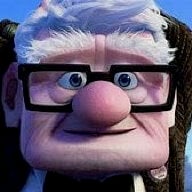 I'm not sure what Tesla's stated policy is on squeaks and rattles. Generally most manufacturers cover them for 90 days to 6 months. I had a rattle in the rear deck when mine was new. It was about 60 days old when I took it in. No charge.
Reactions: Tripod
••• 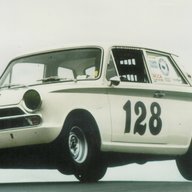 I have a Model Y with a persistent annoying rattle coming from the charging pad in the front of the console. Rattles with or without the phone on it. If I place my finger on it, it stops, but haven't yet found exactly where the rattle is coming from? Anyone else experience this?
•••
J

Hi I am a new Tesla Model 3 Long Range owner. Had it for about 2 weeks. I noticed rattles when I go on highways or when the road is bumpy, but when I turn up the music I don’t hear it.

The rattle is mostly on the driver side and now noticing a new kind of rattle on the front passenger side.

No idea about the back seats though, since as of now no one sat there.

I am taking in my car this weekend to the service center for checking the rattle. They however mentioned on the Tesla app that they will do a tire pressure check.

Also I would have my car fully wrapped with PPF by tomorrow.

Anything I should be aware of or take action before handing in my car to the service center?

Any idea how long it will take for them to give my car back? Will they give me loaner Tesla meanwhile?
•••

C
Passenger side (maybe B pillar) rattle, drives me crazy!