Flat tire out of warranty options 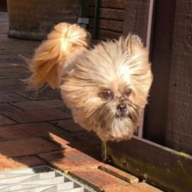 Is it possible to call Tesla Roadside Assistance for a flat tire?

Is there a plan to pay for Tesla Roadside Assistance after the warranty expires? Can't find it if so.

I already have ATT Roadside Assistance, but wonder if it is of any use for a Tesla if they don't bring a spare tire, or if I should switch to another company known to cover Teslas. Hoping to find good recommendations from those who have experience with this.

I know I can get plug kits and such, but I'm thinking of scenarios where my wife could be driving, or if it's a busy Interstate and dangerous to be working on the shoulder.
•••
Sort by date Sort by votes
J

Tesla just uses whatever local towing companies are around, and not all of them will have spare tires. Even if they have tires, they may not have them available because they are loaned out, etc.

I am sure you can call tesla roadside assistance, and they will just dispatch for you and you would pay the towtruck company "whatever". You are not going to find a cost for this because there isnt an "extend roadside assistance" plan you can buy, so any call to them will have you billed for whatever actually happens (how far you get towed if you get towed, etc).

Just get AAA Plus or AAA Gold and never worry about it again. Free towing to someplace that can fix or replace the tire.
Reactions: jboy210
•••
Upvote 0 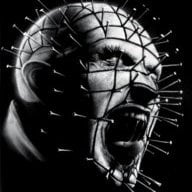 This is actually a fairly interesting question that I think is being dismissed too easily. I also always thought "eh, we have roadside, it's fine."
Got a flat on our 3 a few years back when the eco tires were at 24k miles and about to need replacement anyway. Roadside came and gave us a loaner wheel, free of charge of course. It got us back on the road, and no hurry to return it. I think we had the loaner for a week while I got the tires I wanted installed (PS4S).

The PS4S we put on then lasted us more than 40k miles, but they're below the wear bars (front) and just above the bars (rear). I had planned on replacing them before rainy season.

Fast forward to today, my wife got a flat on the freeway, called me up. It was nearby, so I just offered to drive down and help figure it out. I thought I'd just have her borrow the car i was driving to run her errands, and I'd "deal with it". On the drive there, I realized our Tesla roadside is expired, but we have roadside through AAA and USAA. But what are they going to do? Tow it to our house? Still have a car with a flat tire. Tow it to a tire shop and hope they have tires we want and can get installed same day? Call Tesla roadside and see if they can dispatch the "right" tow truck people with a spare wheel/tire for some fee? And a deposit for the wheel?

I was pretty sure if I called AAA/USAA, there was a roughly 0 percent chance the responding truck would have a spare wheel to put on. So you're looking at at least an hour for a tow and than an indefinite wait (likely "tomorrow or later" depending on tire stock and how willing you are to compromise on what kind of tire you slap on.. meaning a pair, given that our tires were near-shot anyway).

Funny thing was, it actually turned out she stopped the car at a Costco that had a tire shop. But the tire was mutilated, and they told me it would be a week to find PS4S in our size -- no go. Of course, in an "emergency", you're not ready to go with your list of preferred tires and have to think quickly. I asked about PS4 all season and they didn't have them, but 2 other local Costcos did. They also couldn't do installation that day (4pm), nor make an appointment for installation the next day. But they COULD take me as a walk-in first thing tomorrow.

So, we drove to another Costco, bought the tires, and I'll drive them down in the AM.

But yeah, it's worth knowing what your options will be, *before* it happens. I honestly hadn't put enough thought into what "roadwide will solve it somehow" actually meant. Got lucky the first time with Tesla-dispatched roadside having a wheel for us to use.

In this case it was kind of a no brainer to just buy tires to slap on tomorrow since I'm not busy. But a good 2nd step (after Costco said they didn't have the tires we wanted in stock at that location) would have been to call Tesla roadside to see if they could have someone provide a wheel and what it would cost for the service -- so we could get the car back on the road and deal with replacing all 4 tires at our leisure.

It's almost worth keeping a spare at home for these kinds of scenarios. Wouldn't help as much if I'm out of town.

I'll probably look into what per-incident roadside dispatch would look like with Tesla. If they're "public" with that information.

FWIW none of our cars have spares. The SUV came with runflats but they're long gone. I've got sticky rope and a compressor in that vehicle, but you never know if it'll be any good. Another car is a BMW from the very early days of "no spare tire" that technically has "lifetime roadside" for flat tires. No idea if they'd actually honor that, though.

My Golf R was a frustrating example because it had a donut spare in other markets, but not in the US. In that case I spent a few hundred bucks to buy the factory foam and spare and jack from European resellers because, why not have a spare if there's a space for it?

For the other vehicles, is it really worth taking the trunk for a spare? not usually. until it is!
•••
Upvote 0

Reid said:
...is it really worth taking the trunk for a spare? not usually. until it is!
Click to expand...

Otherwise, it may be best to carry a spare tire even if that means less trunk space.
•••
Upvote 0
R

Since Tesla is always looking for ways to generate revenue, you'd think they would offer and extended warranty plan or at lease an extended Roadside Assistance plan.
•••
Upvote 0
M

I bought a spare matching wheel for my M3P after I got a little curb rash on one wheel. I keep the wheel with the curb rash in the garage and will take it on
any long trips. Good insurance imo. I also have a air compressor and a tire repair kit in the car.
•••
Upvote 0
R

I don't believe a spare tire is "good insurance", because you have 4 tires and more than one can and have gone flat at once. So, the best "good insurance" is just carrying the compressor and tire repair kit, oh and AAA.

But if Unions would stop thinking that they own companies and just let them innovate then we'd already have good airless tires on the road. How many more decades is it going to take before we get that tire?!
•••
Upvote 0
M

Resist said:
I don't believe a spare tire is "good insurance", because you have 4 tires and more than one can and have gone flat at once. So, the best "good insurance" is just carrying the compressor and tire repair kit, oh and AAA.

But if Unions would stop thinking that they own companies and just let them innovate then we'd already have good airless tires on the road. How many more decades is it going to take before we get that tire?!
Click to expand...

I have all three. I have *never* had more than one flat tire at once. It could happen, but very improbable.
•••
Upvote 0
R

mrfiat74 said:
I have all three. I have *never* had more than one flat tire at once. It could happen, but very improbable.
Click to expand...

Yes, very improbable but it does happen. It's time the industry starts selling airless tires, because the technology is there. I know some manufactures used to include airless tires a couple decades ago but those had thicker sidewalls, which ended up making the ride very rough and people hated it so those tires were dropped. But there is a new generation that are puncture proof tires, some may not like the look of them but I do. Flat tires due to a nail or screw, should be a thing of the past by now.

Buying a Single 19” Gemini Wheel and Tire as a Spare?