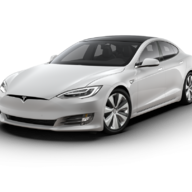 I have a pre-face lift 90D, February 2016 build. I've experienced some throttling issues at superchargers but have had enough experience at Superchargers that weren't throttled to make an observation about my vehicle because the same pattern has happened many times.

The situation is I arrive at a supercharger with anywhere from 5-20% charge. I plug in and I get a nice 105-110 kw. After about 5 minutes charging at this rate, I notice my cooling system goes into overdrive, and my state of charge starts to steadily drops until it hits about 60-65 kw, where it says for a few minutes, until climbing up to around 75kw very gradually. This is usually occuring when SOC is 30-40%.

It then remains at about 75kw until about 70% state of charge, where it then starts to decline gradually as expected.

I'm wondering if there is something wrong with my vehicle. I know my car is capable of taking 100kw until at least 50% or so, so why does the charge rate drop so much in such a short time, and in such a predictable pattern? Has anyone else experienced this? I suspect this is increasing my charge time, as I routinely take about 50 minutes to an hour to charge from 10% to 80% instead of the 40 minutes advertised.

Edit: This happens in normal temperature conditions and without pairing. For example it happned last night at the fremont factory where it was in the 60s, and I had an unpaired charger the whole time.
•••
L

In Lotus lingo it`s a "TADTS" meaning, They all do that Sir.
The battery is heat limited in charging, that`s why you hear the fan kicking in.

Lanber said:
In Lotus lingo it`s a "TADTS" meaning, They all do that Sir.
The battery is heat limited in charging, that`s why you hear the fan kicking in.

Lanber, my issue is the rate of charge slows down abnormally, i.e. it'll drop very quickly from 110kw to 60kw within about 30 seconds. It isn't the expected gradual decrease in rate of charge.
•••

Lately mine has been dropping down to 22 KW after a few minutes and usually stays there. Pretty doggone slow. I called Tesla bout it the first couple of times and was told it was some electrical issue with the Supercharger itself. They suggested changing stalls. I did that once or twice but it is not always practical (and is annoying as well). Probably should call every time just to get reassurance that it is not an issue with my car....
••• 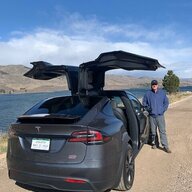 I just got back from a road trip from Colorado to California and back. Went to about 16 superchargers. About 25% of the Supercharges I changed stalls since the rate of charge was slow. Of the 25% about 1/3 of those the rate of charge was slow no matter the stall. I called Tesla once at the Reno NV supercharger and they said that all the stalls were slow that day; no problem with my Tesla. My new convention is to monitor the rate of charge for a couple of minutes to make sure I am in a good stall before my wife and I got for a walk.
Reactions: EVie'sDad and Snerruc
•••

We just got back from a 9-day trip from the Boston area to Washington, DC. We charged 8 times at different Superchargers. Only once did we encounter a slower-than-expected charging rate, and that was at the "temporary" Supercharger in Bethesda, MD, where we were paired with another car that arrived earlier. (This was fortunately the only time we were paired with another car that arrived ahead of us.)
On the other hand, I mostly did not attempt to note the actual charging rates. I just noticed that the car charged rapidly enough that we were not unduly delayed by charging and in some cases the car reached its charging limit before we got back from lunch or whatever we were doing.
So I was very happy with the charging situation as we experienced it.
•••
N

I can confirm this is happening to me too and at multiple locations. I think it has to do with the new supercharger design. I think they all have firmware issues. Hopefully tesla will fix it eventually.

Also it is not a heating or cooling problem.

I charged at 108KW for about 10 minutes then it tapered to 75KW when the fan kicks in. Then after about 5 minutes it slowly ramped up to 105KW again after the fan slows down. Then around 60% or 10 more minutes it was tapering to 90KW then to 80KW then lower. This was at Buttonwillow. This is, by far, the best supercharging I have experienced ever and I think this is what all supercharging should be.
•••