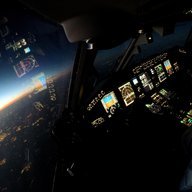 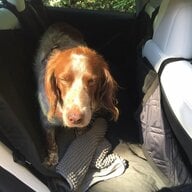 teaston said:
What I’m a bit annoyed about is the rest of europe now get an 82kwh battery in the LR, but in the UK we still get the old 79kwh one! New European LRs now have 380 miles of WLTP range!

My MIC 2021 LR bought in France has the smaller battery. It’s not just the UK. I was expecting the larger battery but they did the ol’ switcheroo. Yes I was angry. Meanwhile the Tesla staff lied through their teeth about it (or if I’m charitable, they were lied to). The car was €3000 cheaper than I was expecting, which on a pro rata basis was the going rate for the loss of that many miles. Still I would have been happy to pay the money and get the bigger battery.
But, that aside, and as long as I never get in the situation where I have to push it 20 miles to the nearest charger, I am happy with my car. In fact I’m becoming quite attached

This is good to know from a selfish point of view. I'm kinda thinking that the softlock should make ours look better from a perceived degredation point of view as time rumbles on... As we're never fully stressing the battery with a full charge.
•••
C

jaz4uk1 said:
I ordered, waited then told a date with vin and reg. Picked up the car and had no other written confirmation. could have been anything.... Not acceptable.

.Just had confirmation but not Tesla as I am still waiting for official reply, I am on 75KW bats from China, which makes sense BUT bit annoyed as I thought 2021 was all 82kw especially in the EU. UK are still Europe just not in the European single market. so seems UK got dumped the old bats even though pound is worth more than the euro.
Click to expand...

Nothing really to do with EU, just we are RHD, rest of europe is LHD so using up the leftovers basically on the RHD ones...
•••