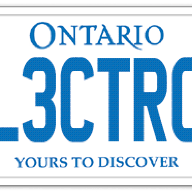 240V is better, especially in cold weather. Electricity is used to keep the battery worm during charging, and that's not power that's going into the battery. The faster you can complete the charge, the less time the car needs to keep itself warm while charging.

Also, on 240V, the car should be able to pre-heat the cabin without depleting the battery (the charger can top off the battery as fast as the heater can drain it). That's not possible at 120V.
Reactions: PACEMD 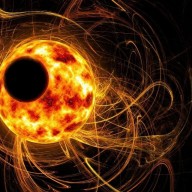 I don't get it. Why do I have to use electricity to keep the battery worm? What does that worm do anyway, anything like a sandworm?
Reactions: Henrykaed, Mike1080i, smartypnz and 4 others

PACEMD said:
I don't get it. Why do I have to use electricity to keep the battery worm? What does that worm do anyway, anything like a sandworm?
Click to expand...

The worm carries the energy to each individual cell, obviously.
Reactions: medphys3, byeLT4 and PACEMD

ucmndd said:
The worm carries the energy to each individual cell, obviously.
Click to expand...

it’s a gummy worm, Haribo makes them for Elon. Their worms perform better when warm. The new “efficiency package” is just a newer worm with 5% more sugar content, so it’s more “energetic” at hauling those electrons around... #fact
Reactions: Henrykaed and PACEMD

PACEMD said:
I don't get it. Why do I have to use electricity to keep the battery worm? What does that worm do anyway, anything like a sandworm?
Click to expand...

LOL, I should not type posts on my phone. Autocorrect got me .
Reactions: byeLT4 and PACEMD 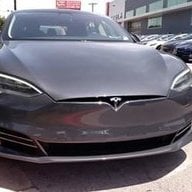 The BMS worm... I picture a little dude with a clipboard and a voltmeter roaming around checking individual cell voltages haha!
Reactions: PACEMD 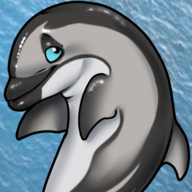 I think the bigger problem with battery health and life is how long you leave it undercharged or overcharged. Speed of at-home L2 charging (meaning AC charging of ANY of the two voltages) is not relevant to the life of the battery. Merely how quickly it reaches your desired state of charge.

Efficiency of 240V is just inherently better. Here's my best attempt at a really simple explanation as to why:

Given the same amount of KW needed, you'll need to pull 32 amps for twice as long on the 120V line. Every wire has inherent losses involved (albeit very minimal). Those (very minimal) losses will be roughly double on a 120V system. Over time, that will add up to something, although probably not a lot.

It's true, there may be slight differences elsewhere, but theoretically, you're losing half as much with 240V vs 120V. And it charges faster - in my experience, more than twice as fast due to some kind of difference in the car charging circuitry itself. I have no idea why though, and I may be mistaken, but it's my impression. 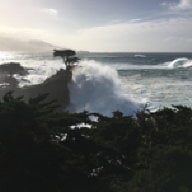 All kidding aside, during charging, a certain amount of power is used for housekeeping. That use doesn't increase if you change from 120 to 240. So, with 240 there is substantially more power left over for charging.

I agree with most of what's been posted here, so I'm only going to add some small details. There have been two main questions, about how wear on the battery and efficiency at different charge rates/voltages.

I spend very little time looking at battery health issues, but I seem to recall most explanations of battery wear from charging saying that the problem isn't really the speed of charging itself - it is the heat that typically comes from fast charging. In fact, I saw it suggested (though I don't recall seeing any data to back it up) that higher speed charging may be better than lower speed in some cases, because - even though it creates more heat - the heat isn't around as long. Of course this will vary widely based on your cooling system too. In any event, at L1 and L2 speeds, I agree it isn't very likely to make a measurable difference on the health of your battery. Heck, from some Model S battery surveys tomsax did a few years ago, it didn't seem that even frequent Supercharging made any notable difference in battery health.

Several years ago tomsax also did some charging efficiency tests on his Roadster. Obviously that had a different battery (and BMS and cooling system), but he found, as expected, that 240V charging was definitely more efficient than 120V charging. It wasn't a case of faster-is-always-better; the best efficiency he saw was at 40A. However, 240V charging speeds up to 70A were only a tiny bit worse (likely within error bars), whereas 120V charging was a lot worse. 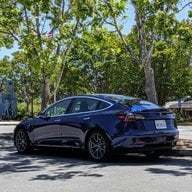 ucmndd said:
It doesn’t matter. For sure.

Most lithium batteries can comfortably charge at about 1kw per every kWh of capacity until they get close to full. You’ll see this referred to as a “C” rating - for an easy example, a 100kwh battery charging at 100kw is charging at 1C. Model 3 batteries can now briefly charge as high as 3.33C on 250kw v3 superchargers.

AC charging a Tesla is so far below the maximum C rating as to have negligible to completely immeasurable effect on battery life.

There is nothing to discuss here.
Click to expand...

“The longevity can further be prolonged by charging and discharging below 1C; 0.8C is the recommended rate.”
Reactions: ucmndd
W

TLLMRRJ said:
I think you guys are missing the point of the OP's question.

It's well known that supercharging puts a strain on the battery due to the speed of charging. Taking that logic further, the slower you charge, the less strain it should be on the battery. Which means you shouldn't charge any faster than you need to charge.
Click to expand...

Manual says try to use 110v whenever possible. Yes, supercharging is bad. But 220v is a little bad for the battery in the long run vrs 110. So many mix comments.
Reactions: ucmndd and lUtriaNt 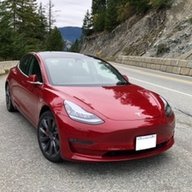 White Knight said:
Manual says try to use 110v whenever possible. Yes, supercharging is bad. But 220v is a little bad for the battery in the long run vrs 110. So many mix comments.
Click to expand...

Not seeing mixed comments here, except from you - everyone is in favour of 220/240+. Over in Europe it's the only option. The C at 220/240V is nowhere near any danger zone. In my townhouse in Canada it's 208V, measured.
Reactions: KJD and holmgang

White Knight said:
Manual says try to use 110v whenever possible. Yes, supercharging is bad. But 220v is a little bad for the battery in the long run vrs 110. So many mix comments.
Click to expand...

Could you point to the part of the manual that says this? I'm looking at the manual (https://www.tesla.com/sites/default/files/model_3_owners_manual_north_america_en.pdf), and I see no reference to 110V being preferable.

M
Noob question: which charge adapter is needed to plug into my current 220V outlet?

N
AC Power for Inside Cabin