Improved Trunk lighting - Is there demand?

As some of you might know, I've been selling replacement LED bulbs for the licence plate for a while now, and they've been very well received. The manufacturer I use is a major OEM out of Taiwan, and their quality is excellent, but not cheap.

I've been working with them for the past few months on a 'plug and play' solution for the feeble trunk lights, but the form-factor and connector that Tesla have used appears to be unique to them. Taking apart the lens assembly to replace the LED element is neither trivial or easy. I've lost track of which trim levels qualified for the trunk lights, but in mine at least, I have 3, one in the hatch and two facing inwards into the trunk. Tesla also use the same bulbs for the door puddle lights, the footwells and the Frunk. they look like this: 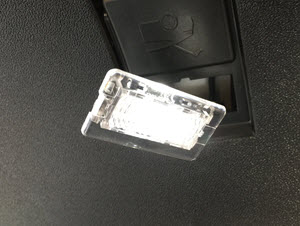 We now have a solution that would result in a bulb that's 3-4x brighter than the existing variant (using a 5630 high output Cree LED), and which would have the same form-factor, with no issues regarding heat dissipation or voltage-draw/CAMBUS errors. They would be literally plug and play, which is very easy to do, and requires no special tools. However, the tooling costs are significant, so I wanted to gauge interesting before moving forward. No commitment, just want to get a feel from you guys.

Each lens assembly (3 pieces - the actual LED light, the black connector and clear lens) would need to retail around $7-9 per assembly, with a lower unit price for those buying more than 2. Would this be of interest to you?
••• 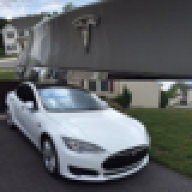 Are these as bright as the LED strips?
•••

pmoa said:
Are these as bright as the LED strips?
Click to expand...

I don't know. I'm currently using a Duracell light strip (from Costco) fitted to the underside of the parcel shelf. It does a good job, and is bright, until the batteries run out. The replacement lamps will be more than enough to fully light the trunk, but there's no easy way to compare to the various light strip solutions; they obviously have more diodes, but they're not plug and play either. The main benefit of the new lamps is that they install easily, and still look 'factory'.
•••

I made my own. 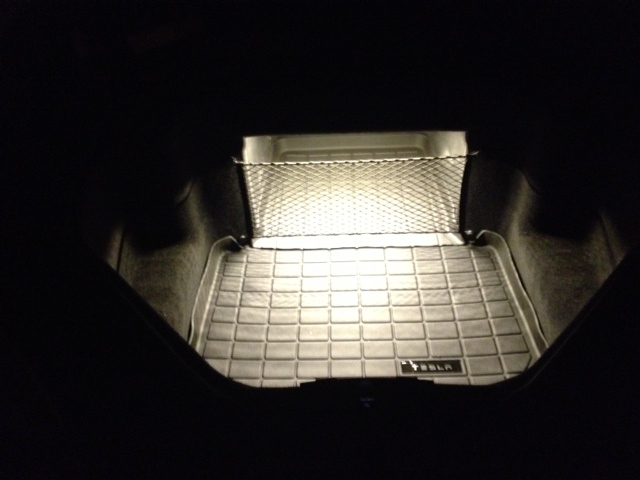 Overall, I've been pleased with the footwell lights (I have premium lighting if that affects that), it is the trunk and frunk they can use some help. While brightness is a significant part of that, placement is also an issue in my opinion. I bought some LED strips and am building my own adapter to plug in lieu of those lights so I can out the strips under the parcel shelf mount. This is because the biggest issue I have with the light setup is that using the trunk and frunk easily blocks the light. What I would actually be very interested in is if you built an adapter that would be a plug-and-play splitter. One leg of the Y being Tesla OEM and the other a standard L2C or some other standard connector. This lets you keep the Tesla lights (if you do have them and desire to keep them), replace them with the one you are building now, or feed a strip elsewhere in the car. That plug-and-play splitter would be the key part in my opinion as I personally dislike splicing. With that, then you can decide if you want to build an upgraded replacement "footwell" light to replace Tesla's or simply provide the opportunity to augment the existing light(s).
••• 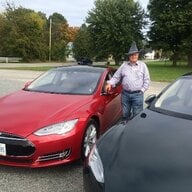 I installed my own in trunk and frunk using Walmart LED strips - Mods
But for the less adventurous the plug and play lights would be better than the factory ones.
••• 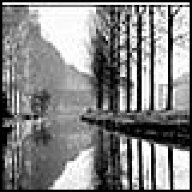 I would love a solution where the new D models that shipped without trunk lighting, can easily install an after-market option. It may be that the wiring isn't there though.

Kendrick said:
I would love a solution where the new D models that shipped without trunk lighting, can easily install an after-market option. It may be that the wiring isn't there though.

So all new D models ship without trunk lighting, aside form (I assume) the one built into the hatch? I wonder if the cut-out and wiring is there in the trim.
•••

pete8314 said:
So all new D models ship without trunk lighting, aside form (I assume) the one built into the hatch? I wonder if the cut-out and wiring is there in the trim.
Click to expand...

As of 6/1/2015, that is only if they do not order the premium interior package (which now includes the power liftgate, fog lights, cornering lights, and the option of a black headliner).
•••

Hi Pete. I installed my own led strips under the parcel shelf fed from the existing poor quality lights either side of the rear. I have an Australian signature. As you say the connector appears non standard and Tesla specific. I found a solution to that in an electronics store a photo of which appears under modifications in the Australian section of this site. It was easy to splice into the adaptor cable and easy therefore to return to factory having caused no damage. The adaptor cables were just a few dollars and may yet be a means to save on tooling costs. I would still add your new lights to the frunk and rear doors, given that I have put projector lights into the front doors. Using the adaptor cables, it would still be plug and play, but with just a bit of fiddling. Incidentally I was able to install the adaptor cables with just my fingers, no pliers required.
••• 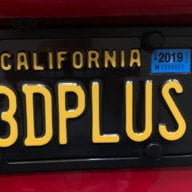 I would be interested in 2 sets for the trunk/hatch. Frunk--no. My 'microwave' space is full, and my wife's soon to be delivered S70D will not have one.
Not interested now in better puddle lights or footwell lights (yes, both cars have/will have premium interior/lighting).

I would definitely be interested in a nice plug-and-play solution. My 2013 has the hatch light but not the other trunk lights, though supposedly it does have the wiring for the 2 missing lights. I'd get all three if it would work, it's pitch black back there.
•••
P

Thanks all for the input, I'll keep you posted on progress, we're trying to move quick fast, but that still likely means a couple of months of tooling and testing.
•••

Incidentally, i was quoted $15 Australian dollars for one of these lights by Tesla here in Sydney!! About $12 US. For something with as poor light output as the OEM ones? No thanks!! So, Pete, as far as Australia goes your quoted price seems right on the money!!
•••

My 70D came without the 2 bottom trunk lights, (top one on the hatch is there) but does have the wiring and the carpet has a half cut area where so you can easily install the lights. I just installed two 5000K SMD LED strips under the plastic rails that hold the parcel shelf up, one on each side, and it lights up everything clear as day.
Reactions: PrGrPa
•••