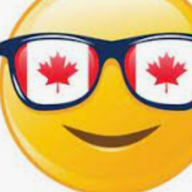 TATsla said:
I don't often go online but this one I have to share my experiences regarding this frustrating faulty eMMC issue, with our much loved MS/MX's and not so much loved MCU1 units.

To summed up short. I made the appointment with the nearby SC and took my MS in yesterday 11-04-2020. The service representative acknowledged the black screen of death and before he can charge me for the daughterboard replacement cost, I showed my frustrations toward a wide range of failures for all of the rest of the owners (semi raise-hell) but not offended anyone in the office. I demanded a complete free/waiver of the replacement cost. He checked my serviced histories and then replied "yes, let see what I can do, I think I can ask my manager to approve this change with zero cost; I think I can do this for you!" Music to my ears! Although it wasn't 100% sure while I was at the SC. I left and got home around 30 minutes later, and I got a text from the service representative "I got it approved!".

-First 3.5 years of operations, twice the center screen gone black, but were able to rebooted with scroll-wheels.

-3 months before its 4th birthday, it went black, reported via App, virtual repair via OTA brought it back to life. The engineer advised me to "reset the Trip A/B frequently as it doesn't just counting numbers..." He explained to me memories are being bumped with new autopilot and all the other info written to it, and that it requires some room for booting up the center screen when we enter the car (he refused to admit all the written extras for Tesla's benefits). I checked and Trip A/B both had original mileages almost matching Odometer since I hardly reset them since new. Tesla could have at least warned all of us sooner...however doing so will admit their use of the $10.99 memory chip in the eMMC.

-Black screen of death returned exactly a month before its 4th birthday. Reported via App; took MS into SC; the service representative told me they will look at it but if I do want a newer MCU2 I have to wait one week or longer. I told her about this "known" faulty chip in the eMMC and demanded a free replacement of the MCU (1 or 2) since my MS was still under the basic warrantee. She refused and the MS was in for a week (don't now what they did for a week in the SC). They returned my MS and said "it will run a long time from now now".

-Two months passed, it died almost a month after its 4th birthday. Mileage 41,000

-Reported it to SC via App. They took it in. This time, ....and the above happens...with no charge.

My 2cents. Even if I had to pay the $500 as originally quoted, I would; rather than a new MCU2. Can Tesla guarantee a good MCU2? Is this really a permanent fix? I guess not. I don't have and I don't use/trust FSD just yet. I don't need a new MCU2 board.

....will check back and update how good is this replacement of daughterboard really is.

I had a very similar experience with my refresh 2016 S as well.
H

2013 S85 Got touchscreen crash randomly since like 2014 but mostly infrequent. Sometimes crashes in bursts.

Took it in a month ago. Gave crash time stamp. SC tech said nothing wrong. No fix, no charge
Crashed again a week ago. Gave crash time stamp. HQ seems to be leaving it to SC (trying a different one this time to see if experiences differ) to diagnose. This time, they want $175 if SC tech says no failure. I complained via their text messaging pre appointment interface and they said no charge. We'll see once I get to the SC and discuss with service advisor.

Looks like Tesla is making it pretty hard to replace the Tegra card unless it crashes and die completely, basically unknown if they will accept Tegra failure at SC diagnostic and incur diagnostic charges.

Prior to this I took it in because steering rack made a popping noise. It started after they did the rusty steering rack bolt replacement. Fix is adding a washer to the replaced bolt. Pretty obvious the recall caused it as bolt biting into the same surface on Aluminum frame is not going to be a great hold. Hence the washer solution to provide fresh bite surfaces. Tesla charged me $200+ and wanting another $100 for diagnostic fee after I brought the car in with frunk fully disassembled to expose the rack bolts and show them what the problem is.

HQ's cost control measures leaving SC with no exception standardized process unable to react to any unique situations (such as teething pain tech issues for us early adopters). It has now unfortunately standardized to consistently poor experience across most SCs.
Last edited: Dec 4, 2020
Reactions: phaduman
C

My 2014 Model S 85 goes in to the Marin Co. California service center Friday for what I called in as MCU problems, reboots, slowness, etc.

Hoping they’ve ordered the part and can do the job. Will report back with experience.

Creeble said:
My 2014 Model S 85 goes in to the Marin Co. California service center Friday for what I called in as MCU problems, reboots, slowness, etc.

Hoping they’ve ordered the part and can do the job. Will report back with experience.
Click to expand...

I would confirm if I were you otherwise it’ll be an eMMC health check, clearing of map tiles, cache etc. and send you on your way. If your MCU isn’t dead right now, daughter board replacement is highly unlikely unless you got that new warning message pop up.
R

Doanster1 said:
I would confirm if I were you otherwise it’ll be an eMMC health check, clearing of map tiles, cache etc. and send you on your way. If your MCU isn’t dead right now, daughter board replacement is highly unlikely unless you got that new warning message pop up.
Click to expand...

Agreed. This was my outcome with the same complaint with my MCU1. In fact, they cancelled my appointment and just cleared my cache remotely. 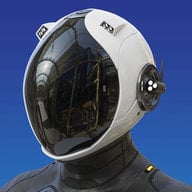 I just had the upgraded daughterboard installed.

Ended up driving the car with a black MCU for 30 days.


December: Tesla finally replaces the 8GB emmc with the 64GB emmc. No issues so far *knock on wood

It was evident my emmc chip was on its last leg in July. Instead of proactively replacing it, I had to wait until it completely died.

Either way it went Tesla would’ve had to pay for the repair (I’m still under my CPO warranty).

This last lack of customer service is the straw that broke the camels back. I love this car but the way Tesla treats it’s customers is horrendous.
Reactions: FlatSix911, 2101Guy, BrianD and 3 others 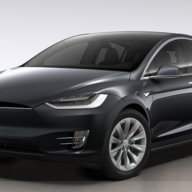 I made a second attempt at replacement after getting the usual runaround a month ago. I had timestamp/video of screen blacking out temporarily and this time they replaced. Relevant section of service invoice below.

Concern: Something else - customer states: I continue to experience issues with MCU. My car was plugged in overnight
and when I went to drive it today it was completely off. I waited a bit but MCU never came on. After driving 5 minutes or so
it still did not come on. I realized it was unsafe driving with no turn signals so stopped.
You can check the logs around 10:55am central 11/25.
This problem is consistent with eMMC failures which I have reported many symptoms of and just told it is software bug.
I will likely report to NHTSA as well as I know they have an open investigation on these type of failures on MCU1.

Note: It did come back on shortly after I reported issue in-app so it was not dead when I brought it in.
Reactions: FlatSix911, sonofagunn and aerodyne 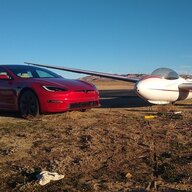 The title of the thread ought to be revised...

Hope my daughter board goes to someone who really needs it.
F 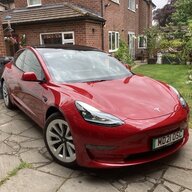 Ok, thanks for the information.
B

Got another runaround today.
Finally after waiting 3 weeks my appointment comes. First time they did a "reflash" and accomplished nothing. My symptoms have been getting worst since then. They had already ordered my daughter board.

When I get there they ask me if I have my time logs of when the issues happened. I show them videos! They said that is too far back and they need to have the times from within the past 2 weeks. They tell me its better to take the car home and log the times and come back. They said they only ordered the draughtboard in case it needed to be changed. I couldnt believe what I was hearing. Why not tell me this over the phone before my appointment? How many logs do you really expect me to take. I was never told about this 2 week BS. Seems like this is all a lie. My coworker has the same issue and he has already been there 5 times. Every time its a different excuse.

Absolutely frustrating. I told them keep the car and go through the logs. My issues happened many times during the past 2 weeks. I suspect this runaround is in order to prevent a recall on the chip. Showing high replacement numbers might trigger NHTSA. Doubt they will fix anything
Reactions: FlatSix911
Y

I am being told by my SC that daughterboard was ordered 2 weeks ago and there is still no ETA on when it will arrive. Meanwhile my MCU has gone from working normally to only displaying Rear view camera. It does not go to sleep. Is this happening to anybody else?
B

Just got the call. They informed me they did another reflash and the technician couldn't find an issue with the emmc chip. They recommend I changed out the whole mcu computer.

Is this their new lie? Have the user replace everything so the chip can't be the culprit?
Reactions: FlatSix911
2

anyone ever gone through arbitration for anything MCU related? If so, positive outcome?
F

BigTonyTones said:
Got another runaround today.
Click to expand...

Out of curiosity which service center?
B

flyingpenguins said:
Out of curiosity which service center?
Click to expand...

I wonder if it would be worth it for you to “shop around” different service centers...