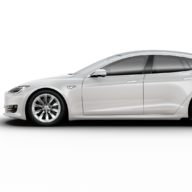 I'm trying to get a better feel for how the production process works at Tesla, and how long each step usually takes in that process. I've read through here and haven't found a detailed production schedule timeline. I'm hoping to develop a more real-time barometer of predicting when a car will actually be delivered, based on various steps along the way during the pre-production and production time periods.

My Delivery Specialist hasn't been much help. It may be that Delivery Specialists are not privy to what goes on at the factory. My DS has only given me the following 3 production states to go by, and has told me he will know nothing in terms of a best guess for delivery until the car is at the tail end of the "In production" state at the factory:
The email from Tesla with my VIN gives a somewhat more detailed number of "steps" in the process, but step 1 is typically associated with the order confirmation, and steps 3-7 are all after production is complete and are related to transit/delivery:

The greatest amount of time is spent between steps 1 and 2, and during step 2.

It would seem that there are several steps during the actual pre-production and production states, and that Tesla would have an internal process for moving the car from state to state, with typical time frames for each step.

Does anyone here on the forum know someone that works for Tesla on the manufacturing side of things that could get us a typical production schedule for a standard S60 or S75 (I realize the P100Ds have a longer timeline).

In the Model S Order & Delivery 2016 spreadsheet, the time between order confirmed to production start seem all over the map, and mostly not updated, especially after taking delivery.

Is Tesla's estimated timing this much of a black hole? If so, do you think we can collectively piece together the parts of the production schedule and come up with some basic time frames attached to each step?
••• 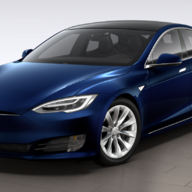 I think the times are pretty well documented already. There's a lot of nuance. For example, the wait between step 1 and 2 depends on a lot of things including your location (US or non-US), when you ordered in the quarter (beginning has longest wait time, later has shorter wait times) and what your configuration is.

Production takes between 4 - 10 days depending on your configuration and a ton of other variables including suppliers and if there are any issues with your build.

My first Tesla was delivered approximately 30 days after order confirmation. My second Tesla will be approximately 40.
Reactions: pilotSteve and grayguy
•••

Thanks for the response. Can you point to where this is documented? I'd like to take a look at the documentation.

It sounds like you're saying that the time between pre-production and production has more to do with the country of delivery than the supply chain. I would have thought it was mostly due to how backed up orders are, or supply chain stuff (e.g. waiting to take delivery of new air suspension, so air suspension orders delayed longer, etc.).

For the production step, it would seem that once a car is "on the line," it needs to move through the line. Is that not the case at Tesla?

For step 4, I was told that taking delivery in Fremont could actually make it take longer than waiting for it to be delivered to Orange County, due to a lot of people asking to pick up at the factory. Has the consensus been that it's faster to take delivery in Fremont? Can you make that decision while in production, or should it be made beforehand?
••• 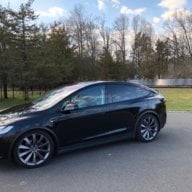 I agree. I recently ordered as well and from reading numerous threads, here's what I gathered.

1. Vin assignment is mostly irrelevant. Some people get a vin immediately (I did) some take longer.
2. Going into production depends on - number of different factors.
- Delays can include factory retooling
- International orders get priority as they have the longest transit time. National orders start pumping out at mid to end of the quarter
3. Once in production, it moves surprisingly quick. Some produced in a little as 2 days, others taking longer due to supply issues or holidays. This is actually contrary to your assumption and the quickest part.
4. I can only assume post production is similar to other manufacturers, QC happens in line/queue for transit. If it passes, it queues up for transport. If it fails, back to for service and resolution. This may not show up as in production and may appear to be in queue for transit still.
5. Shipping is typically bundled. Rail, and trucks are used. There's a rail hub in AL as well as IL and NJ. In between those will be a truck delivery after it gets off the train, which increases delivery time. Given logistics transit is longer on the East coast.

From there, service prep and delivery arrangements. That's what I've managed to find from the forum - which is very informative, so a general thank you to everyone!

Hope this helps you out.
Reactions: grayguy
•••

This all sounds like a dance of JIT component delivery and batch production.
•••

grayguy said:
Thanks for the response. Can you point to where this is documented? I'd like to take a look at the documentation.
Click to expand...

Check out the Ordering, Production, Delivery forum. Lots of information about this.
•••

Also wrote a post about this specific topic, let me know if it's helpful!

What to Expect Before Delivery
•••
H

Willing to take car from factory but that 10% California tax is in my way. Is there another pickup option to only pay state tax for the registering state I could employ to get car quicker? I'll fly anywhere in the US except a higher taxed state ...
••• 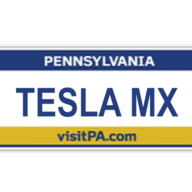 Hrhkee said:
Willing to take car from factory but that 10% California tax is in my way. Is there another pickup option to only pay state tax for the registering state I could employ to get car quicker? I'll fly anywhere in the US except a higher taxed state ...
Click to expand...

I, too, wanted to take delivery in California. There was legislation in California last year to waive sales tax for out of state purchasers, the idea being to promote "industrial tourism," and get folks to come get their car and spend some time and money in California. I saw driving across the country, getting to know the car with no timeframe in particular and seeing the sights. but the legislation never passed, so it doesn't make much sense to rack up the miles AND pay more sales tax. Bummer.
••• 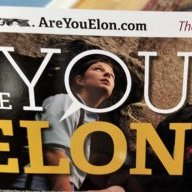 I know that Texas will credit you whatever state sales tax you pay in another state, but that hardly is a good deal if you're picking up in California. In the end, anyone who will register in Texas will pay, at least, 6.25%.
•••

TexLaw said:
I know that Texas will credit you whatever state sales tax you pay in another state, but that hardly is a good deal if you're picking up in California. In the end, anyone who will register in Texas will pay, at least, 6.25%.
Click to expand...

You are correct. And Pennsylvania would credit me whatever I paid in California, but California has a higher sales tax than Pennsylvania and there is no refund-of-the-difference-process.
•••

M
Repainted before delivery? Or, Detail Place: "Did you buy your Tesla used?" Me: Uh...no?

Y
Leasing under small business and other questions pertaining to ordering

B
Can I ignore messages about scheduling my delivery?