If so, any guesses as to timeline? Is Tesla going to start using the new battery in the Model S? I just bought a 75 this year and I love it. I'm already thinking about upgrading to the P100D, but if something better will be out soon I'd rather wait.

Not in this decade.

I think we'll see a 110kWh battery by fall of 2019, but 115+ not for a while or until Tesla embraces some new, higher energy-density battery technology. 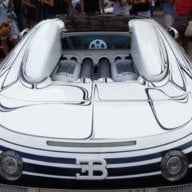 Or maybe a 120 KWh, motor-per-wheel version?

yes, wait a couple of weeks
Reactions: kmistry1986 and DIL

kenliu said:
If so, any guesses as to timeline? Is Tesla going to start using the new battery in the Model S? I just bought a 75 this year and I love it. I'm already thinking about upgrading to the P100D, but if something better will be out soon I'd rather wait.
Click to expand...

No one outside of Tesla knows when a higher capacity battery will be offered for the S/X line.

I don't really expect a P115D or P130D. I do think a bigger pack is coming, likely within a year or two - but I think that will be either a P115T or a P130Q or the like - separate motors for each rear wheel or for all four wheels, like Rimac and Nio and the electric SLS and C-X75.

The thing is, you either need a physically larger pack or a significant improvement in energy density to get more storage into the cars. There isn't an obvious way to make the pack physically larger, aside from the slight gain in thickness that the 2170 cells require.

The 2170 transition will presumably improve effective packing density, especially if Tesla can get end cooling and single side contacts like they've patented working effectively. That might be enough for this pack, or it might not.

Energy density improvements from chemistry? who knows when those will happen.

It'll be very interesting to see what Tesla offers when the S and X are retooled for 2170 cells (which may or may not happen at the same time as the anticipated interior updates) - I wouldn't be surprised if a bigger pack showed up then, but it might not, too. 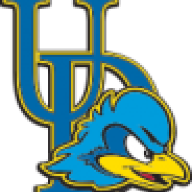 my WAG: Better range will come from a combination of the 2170 cell packs and going to PM motors.

kenliu said:
If so, any guesses as to timeline? Is Tesla going to start using the new battery in the Model S? I just bought a 75 this year and I love it. I'm already thinking about upgrading to the P100D, but if something better will be out soon I'd rather wait.
Click to expand...

absolutely no on new batteries in this decade. 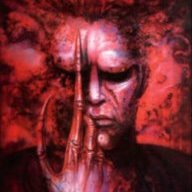 tpham07 said:
absolutely no on new batteries in this decade.

Yeah, but what else is Elon supposed to say? If he cops to any kind of near- or medium-term increase in Model S battery capacity, sales instantly tank 'til the upgrade happens. With ppl only willing to take the previous now 'bad' models unless pretty serious discounts/incentives are offered.

So if Elon talks, Tesla loses a lot of money.

I have no idea what the timetable is on a Model S capacity upgrade, but I do know we probably won't hear 'bout it until it hits. Or maybe like a week or two beforehand.

But even with the strong secrecy incentive, you can see some things that make a Model S battery capacity upgrade pretty much inevitable. For one thing, sales cannibalization from the (lower-than-S-margins) Model 3.

IOW, it's not helpful at ALL to MS 75 and 75D sales to have a $44-49k Model 3 with the long-range pack significantly outrange the 75/75Ds for far less money. On top of that, we're now hearing that the 3 will have both AWD and Air Suspension coming as options.

What then does the 75/75D have to justify its much higher price tag? Roominess? Status? Slightly faster 0-60 times? Yeah, there's a cost delta to be had there, but likely not $30K of it.

Then there's the 'Tesla-wannabee' competition, from companies like Lucid, Faraday, and others, who are already announcing they'll have 130 kWh cars. Easier said than done (and Faraday in particular looks like they'll go up in flames before ever selling a single vehicle), but if any of them do, and Tesla's still stuck at 100kWh for the Model S, they'll be caught flat-footed.

So I'd expect that it's probably a question of 'When' and not 'If' regarding larger battery packs for the Model S. Even a relatively modest bump to 85kWh for the base S would be very helpful at reducing sales cannibalization from the 3... though of course a similar bump to the 100D would then be necessary to keep the new 85s from cannibalizing 100D sales.

Not fun or cheap for Tesla, margins-wise, assuming they want to keep the same pricing.

But if 75/75D sales start to flatline due to the 3, or 100D sales get hurt due a competitor finally launching something of note, then yeah, Tesla's hand will be forced.

IOW, don't bet against it happening, but don't bet on knowing when it'll happen, either. 'Cuz the very few ppl who do know, they ain't talking.
.
Last edited: Sep 5, 2017
Reactions: David99 and brkaus
I

Not in any near future that people should care about.
S

tpham07 said:
absolutely no on new batteries in this decade.

Elon also said that he saw no reason to go above 85. And then they did.... twice. And he's also comment that they expect an increase fo 5%-ish annually.

I see these comments as an attempt to keep the speculation at a simmer level, and the keep the Osborne monster at bay. Anybody in Elon's shows would do the same.

I'd say that we're likely to see a 110 in the next 2 year. But what do I know?
Reactions: David99 and FutureShock 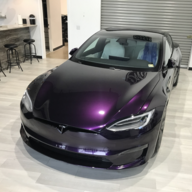 My P100D has been top of the food chain for a full year now. That's too long for the flagship product of a tech company like Tesla to remain stagnant.

I hope they do release a "Q" model or "P130D" or some kind of upgrade and update soon. 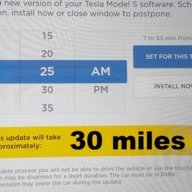 On the linked Tweet that there were no plans for a change in cell form factor, not the capacity itself. So, greater density 18650 cells or a rearrangement that allows more of them would increase total capacity without changing the cell form factor without making him a liar. The question is, how much higher capacity can 18650 batteries be developed into? The arrangement itself is probably close to as dense as possible already, so really we're looking at higher capacity cell availability as a limit.

There might be higher Kwh batteries, but no new form factor. But from what i've heard, the 100kwh is pretty dense and well packed already. Not sure how much more power they can squeeze into that pack without redesigning it completely, which Elon said isn't happening.

I'd suggest it's likely we'll see something above 100 in the not-too distant future, however I'm not sure if the jump will immediately be as high as 115-130. I suspect those asserting "absolutely not before the decade is out" might be surprised.

- It's already been more than a year since the 100 was released... which would make it nearly 3-1/2 years from the 100 introduction to the end of the decade.

- Chemistry advancements continue yearly (JB estimates 7-8%/yr, although those jumps may be "aggregated" for a pack release).

- The existing pack casing may be already be able to accommodate taller 2170 cells, which means taking advantage of ~14% more vertical space for cell volume. (Even if Elon tweeted no current plans to do so, it's another 2.5 yrs before the end of the decade)

- The Model 3 LR has range approaching the Top of the line Model S. As range is something that Elon has discussed as a differentiator for the high-end cars, I' suspect additional margin there would be desirable.


While all of the above certainly isn't conclusive, I do think there's enough factor to suggest that it would seem to be a break from the past for them to not continue pushing the envelope...
Reactions: David99, Saghost and FutureShock
R

- Chemistry advancements continue yearly (JB estimates 7-8%/yr, although those jumps may be "aggregated" for a pack release).
Click to expand...

And I do think the new cell chemistry used in the 2170s allows for more energy per cell, probably less than 30% though*. The question is when the S and X will get it and in which form. Will they use 2170s, or rather improved 18650s? Maybe they will wait for a next generation Model S/X platform to do those changes.

The other question is if they will use all of the improvements to just increase range. Maybe it would make more sense to make the battery smaller, save weight and costs and keep some space for improvements, if needed. Is a 400+ mile EV even desirable?

*Here is JB's quote on battery improvements and the improvements between the original S cells and todays 3 cells:
“These batteries are steadily improving every single year – maybe around 5% improvement in their energy density their ability to store energy in a given amount of mass. That’s probably one of the key metrics we worry about. And when we went from the Roadster to the Model S, they have improved by about 40% and when we were designing the Model 3, they were about another 30% better. That improvement just continues on every single year in the background.”

That was my exact point... you even quoted it: "..although those jumps may be "aggregated" for a pack release."
Reactions: David99
R

scaesare said:
That was my exact point... you even quoted it: "..although those jumps may be "aggregated" for a pack release."
Click to expand...

Sorry I didn't understand what you meant with "pack release". They are aggregated for each new cell, but I think that's what you meant, right?